Why Dolce & Gabbana’s China blunder could be such a disaster 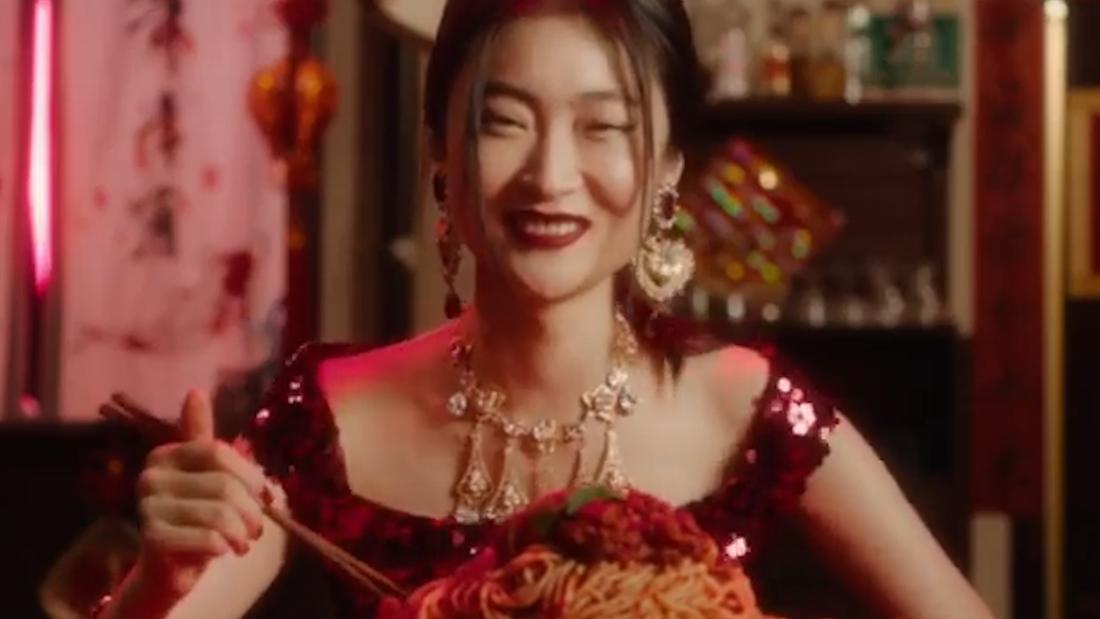 New York (CNN Business)Dolce & Gabbana needs to clean up the mess it made in China, or get left out of the country’s luxury boom.

Fallout from the controversy has been swift and harsh. Celebrities called for a boycott. Chinese e-commerce sites pulled D&G products from their virtual shelves. The brand canceled a major fashion show in Shanghai that the ads, which featured an Asian model struggling to eat Italian food with chopsticks, were designed to promote.
“This is a big brand crisis,” said Tulin Erdem, a professor of marketing at NYU’s Stern business school. “Sometimes brands do recover … but on a scale of 1-10, [this is] really high up.”
Alienating customers is always bad for business. But for luxury brands, pushing away Chinese shoppers is a disaster.

A taste for luxury

Chinese consumers that abandoned luxury brands during a government crackdown on corruption are now delivering a wave of sales to high-fashion brands.
Kering (KER), the owner of Gucci and Alexander McQueen, said that sales in China soared 30% in the first half of 2018. French fashion house Hermes credited sales in the country for record profits over the same period. D&G is a private company that does not share its sales figures with the public.
Overall, Chinese consumers spend over $7 billion each year on luxury goods, according to the consultancy McKinsey. That’s nearly one-third of the global market.
Dolce & Gabbana may have seen the Shanghai show as a way to win over those consumers.
The company had promoted the canceled event with the hashtags #DGLovesChina and #DGTheGreatShow on its social media accounts.
View this post on Instagram

As criticism poured in, co-founders Domenico Dolce and Stefano Gabbana tried to explain their thinking.
“Our dream was to bring to Shanghai a tribute event dedicated to China which tells our history and vision,” the founders said in a statement posted to Instagram and Twitter on Wednesday. “It was not simply a fashion show, but something that we created especially with love and passion for China.”
The company also said that Gabbana’s account was hacked, and that the offensive messages were unauthorized. “I love China and the Chinese Culture,” Gabbana wrote on his personal account. “I’m so sorry for what happened.”
The company did not immediately respond to a request for comment from CNN Business.

Some didn’t find the apologies sincere.
Chinese-French model Estelle Chen, who withdrew from the show, wrote “you don’t love China, you love money,” in an Instagram post tagging both the brand and Gabbana directly.
View this post on Instagram

My Instagram account has been hacked. My legal office is working on this. I love China and the Chinese Culture. I’m so sorry for what happened.

Chinese consumers are particularly sensitive to criticism that goes viral online, said Thomai Serdari, a strategist in luxury marketing and branding who teaches at NYU’s Stern business school.
“People are really influenced by what’s happening online,” she said. “They do shop primarily online, and they’re excellent researchers,” she said. They “have experience in the luxury market and they really know what they’re buying.”
And the way young, wealthy Chinese consumers are thinking about luxury is evolving, said Sun Baohong, a marketing professor at Cheung Kong Graduate School of Business.
“Before it was more for showing off social status,” she said. Now, it’s about “making a personal statement.”
Even if Dolce & Gabbana hadn’t offended people with its ads, she added, it probably would have missed the mark with the campaign.
“The ad is really showing a very old-fashioned” image of China, she said. “Chinese consumers still love foreign brands, but things are changing.”

Now, D&G has to figure out how to win back Chinese consumers.
“It’s not going to happen overnight,” said Andrew Gilman, founder of the crisis communications firm CommCore Consulting Group. The brand will have to “find the biggest influencers they can … [and] get back in their good graces,” he said.
The company must also share a consistent message across its social media platforms and any other channels it uses to communicate with customers, he said.
Moving forward, it will have to do a better job of understanding Chinese culture. “You can be a global brand,” Gilman said, “but you have to have local sensitivities.”